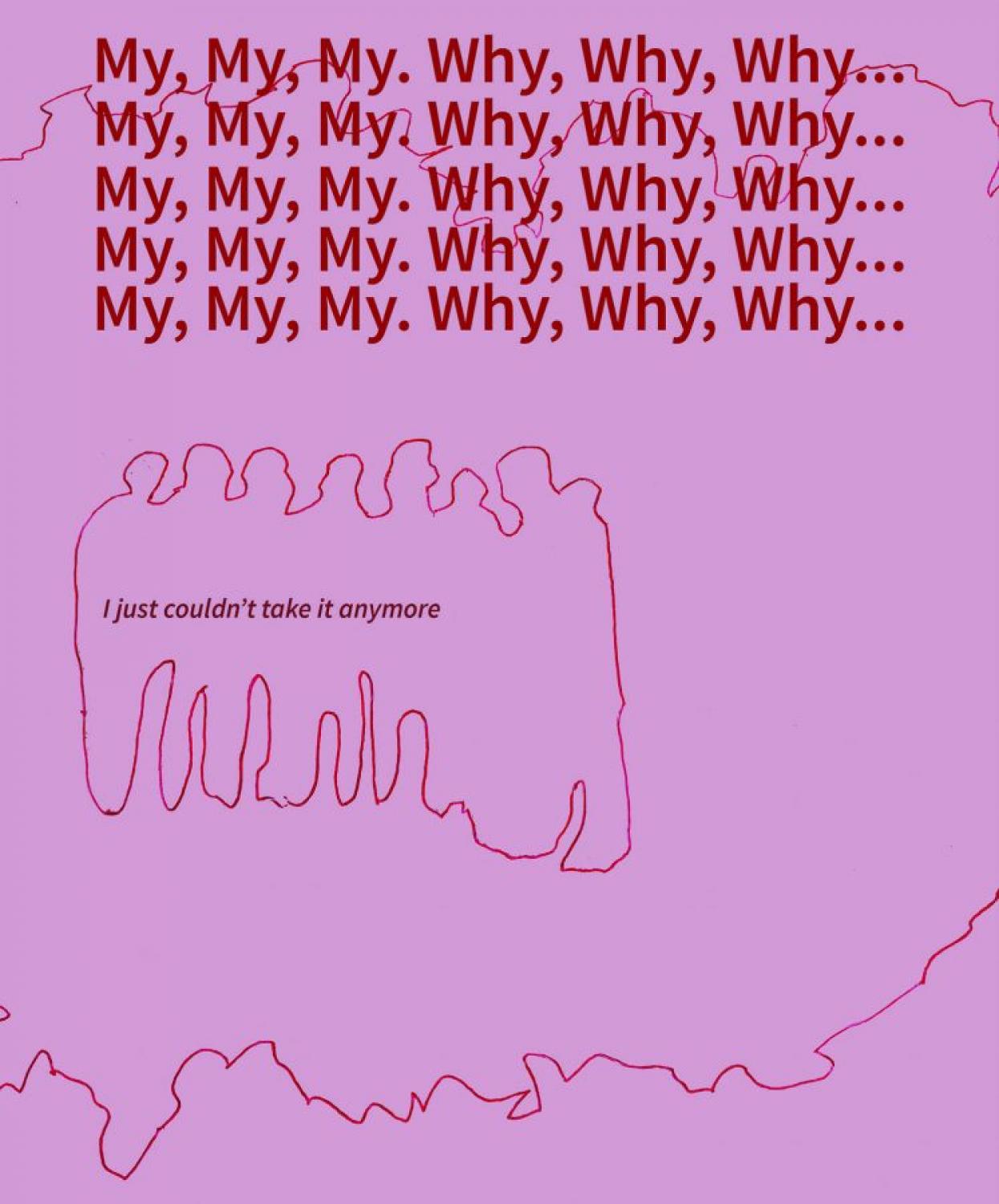 My, My, My. Why, Why, Why // Performance Chryssa Tsampazi

Starting point of the performance was the popular song Menussis, which all children in Greece learn and to which they dance at folk festivals. It talks about the man Menussis, who cries because he killed his wife in an alcoholic rush, saying that she had been talking to someone else. The name of the woman is unknown – only Menussis is named and regretted. The murderous content of the song is still today a completely unquestioned part of the cultural heritage of Greek children. In her research, Chryssa Tsampazi found many songs with similar content that are also popular in Germany. an beyond. She finally developed the performance based on the song My Delilah by Tom Jones (1968). In the song, the singer stabs his wife Delilah to death because she had cheated on him with another man.

In the performance, a group of young people interprets the lyrics of the song, transforms them in part and opens up a new and freeing view of the narrative of the song, which is still relevant in this country and which testifies to heteronormative claims to power and ownership as well as subliminally misogynistic ideas.

The Performance is supported by Senate Department of Culture and Europe.