Frauenmuseum Berlin is a network of women artists based in Berlin. It aims to amplify the visibility of women artists. Frauenmuseum Berlin has not an own space and does not count with a collection, but organises exhibitions in collaboration with municipal galleries and other exhibition spaces which helps to reach different visitors. Some of the exhibitions we organise are exclusively for our members, but most are open for Berlin based women artists. The exhibition series “4händig” (four handed) is linking young artists with experienced ones, providing the possibility of interchange between different generations.

We organise monthly meetings in order to interchange information and to discuss what projects we / some of the members wand to develop and visit each other in our studios, presenting our work to other members.

Frauenmuseum Berlin collaborates with other women artists institutions, such as GEDOK, VdBK, SALOON, Goldrausch in order to achieve gender equality and to raise awareness for diversity and gender issues. In 2020 we published a brochure “fair share!” that includes all speeches that have been held during a demonstration on 8 march, 2020. 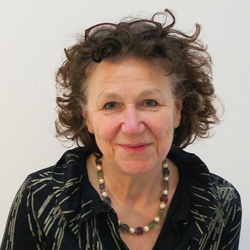 She was born in Prague and grew up in Munich, where she studied at the Academy of Fine Arts (with an exchange semester at Bezalel, Jerusalem). 1993 she came to Berlin, raised 3 children and kept on exhibiting. Some of her works are in public space as for example a memorial for murdered children of forced labourers in Otterndorf, Lower Saxony.

Since 2007 she has been in the board of Frauenmuseum Berlin. She is also member of Verein der Berliner Künstlerinnen 1867, that was the first association of female artists in Germany.

She curates the exhibition series 4händig (four handed) that brings together women artists of different generations. In 2020 she co-founded the activist group fair share for women artists and is organizing rallies and demonstrations.

Role in the project: Project manager 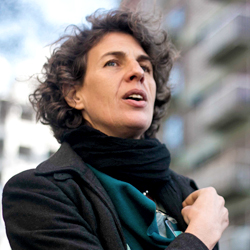 Co-Director and curator of Frauenmuseum since 10 years, is based in Germany and Argentina. She is a feminist activist and networker, organizing exhibitions, workshops and cultural events, always with a gender perspective. She used to run an off-space in Berlin from 2005 to 2015 with monthly events, artists talks and discussions. In 2019 she curated an exhibition about contemporary interpretations of the anniversary of 100 years of women suffrage at Willy Brandt-Haus, Berlin – a catalogue was published. Since 2017 she is member of the Global Diplomacy Lab and Bosch Alumni Network, working for the implementation of the Sustainable Development Goals – with a special focus on education, equal rights and gender issues and held a webinar within the European Diplomats Training 2020. She is also part of the argentine feminist network “Nosotras proponemos” and participates in their performances.

Role in the project: Project manager 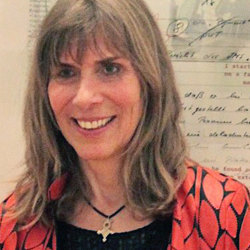 Performance artist based in Berlin, who grew up in the German Democratic Republic and was part of feminist movements since her first steps as an artist (in the 80's). She joined Frauenmuseum two years ago and is very interested in amplifying the feminist agenda of Frauenmuseum in collaboration with other institutions. She collaborated with institutions like Goethe Institute all over the world and is experimented in giving artists talks and workshops. 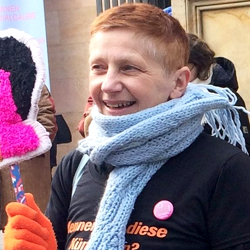 Andrea Golla was born in Ludwigshafen am Rhein and studied art at the Academy of Fine Arts in Munich. She has lived in Berlin since 2009 and has been a member of Frauenmuseum Berlin since 2010. Her work focuses on interventions with gold leaf in public space. By means of participatory tours, she brings people of different biographies together and thus achieves a better mutual understanding. It is very important to her to improve the perception of women artists, especially those with families. 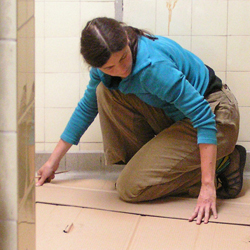 French visual artist, she works and lives in Berlin since 2003. Active member of Frauenmuseum Berlin. Programme manager in the field of cultural education. 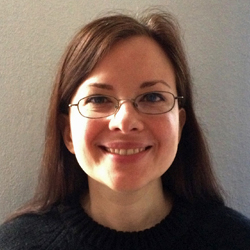 Graduated in art history, philosophy and English philology at the Freie Universität Berlin. Centers on 17th to 18th century French and Netherlandish painting, especially Watteau, and contributed to the interdisciplinary research project “Watteau au confluent des arts”. For the 48 Stunden Neukölln festival she provided amongst others a text on resistant women in picaresque novels and commedia dell’arte. She also worked in museum education, giving workshops on contemporary art to young people. A member of the Frauenmuseum Berlin since 2017, she curated two exhibitions. For an exhibition on 100 years of women's suffrage she contributed historical research and developed a concept for artist talks.

Role in the project: Art historian